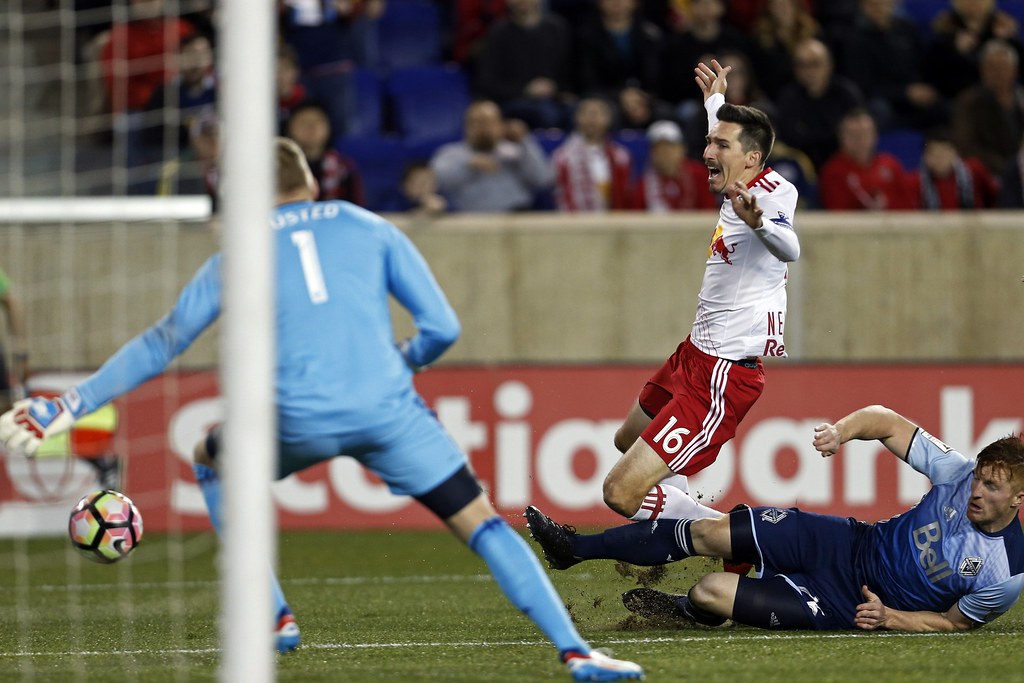 Vancouver Whitecaps FC scored a crucial away goal, David Ousted stopped a penalty, and Cristian Techera was shown a red card as the ‘Caps battled to a 1-1 draw with New York Red Bulls on Wednesday night in the first leg of the CONCACAF Champions League quarterfinals.

Kekuta Manneh opened the scoring in the 39th minute before Bradley Wright-Phillips levelled the score just after the hour-mark, leaving everything to play for in the second leg next Thursday at BC Place (7 p.m. PT kickoff – tickets still available).

Previous
Next
Become a 'Caps Insider
Subscribe to our newsletter and get the inside scoop on the latest club news, match info and special offers.
You agree to privacy policy and to receive emails from Vancouver Whitecaps FC. You may unsubscribe at any time.